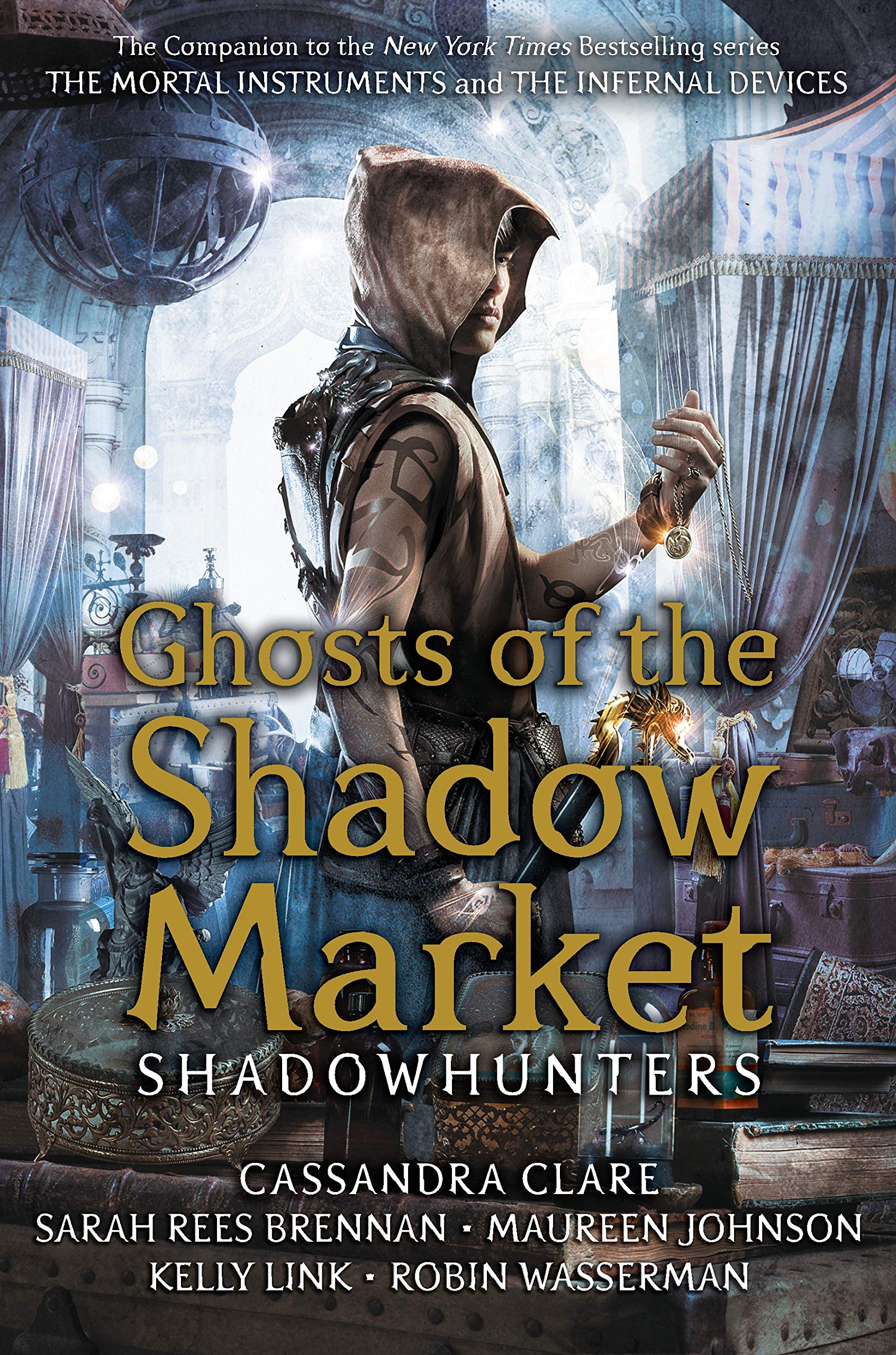 A hardback collection of all eight Ghosts of the Shadow Market stories, along with two brand new ones, about characters from Cassandra Clare’s internationally bestselling Shadowhunters series.

The Shadow Market is a meeting point for faeries, werewolves, warlocks and vampires. There the Downworlders buy and sell magical objects, make dark bargains, and whisper secrets they do not want the Nephilim to know. Through two centuries, however, there has been a frequent visitor to the Shadow Market from the City of Bones, the very heart of the Shadowhunters. As a Silent Brother, Brother Zachariah is sworn keeper of the laws and lore of the Nephilim. But once he was a Shadowhunter called Jem Carstairs, and his love, then and always, is the warlock Tessa Gray.

Follow Brother Zachariah and see, against the backdrop of the Shadow Market’s dark dealing and festival, Anna Lightwood’s doomed romance, Matthew Fairchild’s great sin and Tessa Gray plunged into a world war. Valentine Morgenstern buys a soul at the Market and a young Jace Wayland’s soul finds safe harbor. In the Market is hidden a lost heir and a beloved ghost, and no-one can save you once you have traded away your heart. Not even Brother Zachariah.